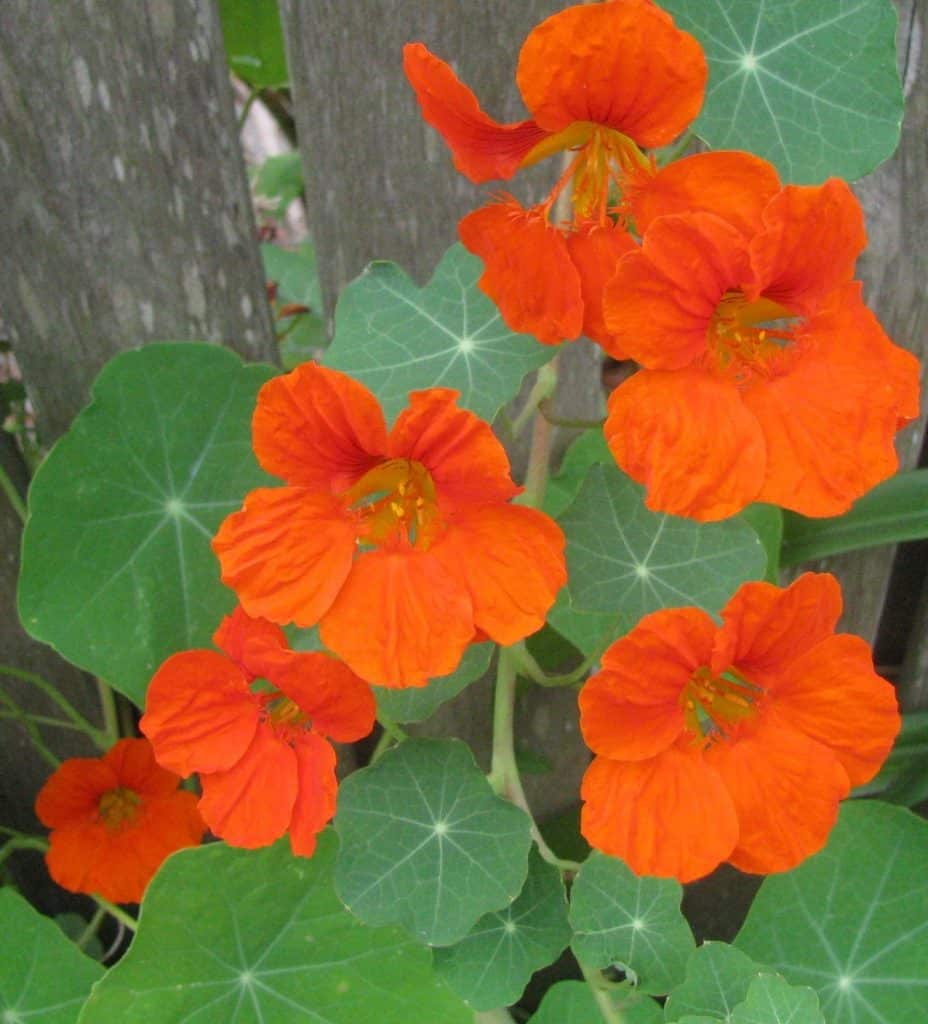 The Nasturtium Flower Essence was prepared with a Citrine crystal

(The Nasturtium speaks) “As the winds of change blow through your life, so too do old memories rise to the surface to be released”.

The Nasturtium Flower Essence remedy was made in the Spring which is a time for bringing forth new life after the Winter slow. Nasturtium is for bringing hope after major loss, upheaval or life changes. When there has been a sense of not being able to go on.

It is for those who have been feeling sluggish and tired for a period of time. A feeling of renewal may be experienced as the body begins to cleanse itself and the emotions begin to calm and uplift.

The Nasturtium Flower Essence acts as a tonic for all of the organs of the lower body. It has been known to flush out parasites and toxins from the intestines and may also improve the condition of the pancreas and the duodenum. This action occurs on both the physical and etheric bodies the emotions are uplifted as an outcome of this.

The Doctrine of Signatures is reflected in the yellow, orange and red colours of the flowers. These relate to the three lower chakras of the same colours. The plant is a creeper which may be seen as having the ability to make its way through those lower organs that flush the body of waste materials, parasites and toxins. It also reflects the cleansing of the inner bright star that you are, removing the dross that has been accumulating over many lifetimes, so you can shine more brightly.

Both the flower and the leaf of the Nasturtium are edible and have a peppery flavour that can enhance the flavour and colour of a salad.