Menu
Contact Us
$18.00 Cart
View cart “Nasturtium flower Essence” has been added to your cart. 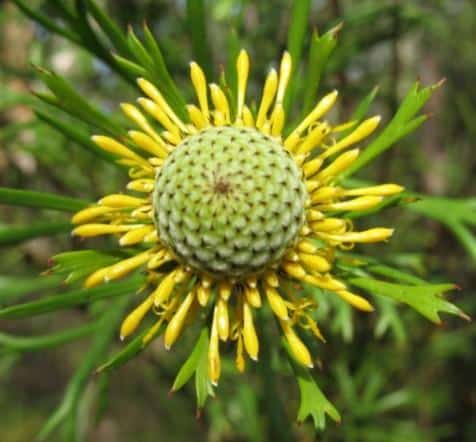 This flower essence was prepared with a Fluorite crystal

People who benefit from the Isopogon flower essence tend to constantly be absorbing information intellectually, spending a lot of time attempting to gain knowledge. Active life experiences are where most benefits and learning is derived and these people don’t easily learn from their past experiences. This flower essence assists in drawing people out of constantly being in their heads, allowing their lives to flow with more ease.

Isopogon people tend to be cut off from their feelings and this flower essence opens their hearts, bringing a balance between head and heart activation. Decision-making skills are much improved and more satisfying when the heart is incorporated, as this is where your inner truth is determined. The mind alone often tends to make rational decisions that can be based on judgement, guilt or expectations of others. With this flower essence people will more easily be able to remember and integrate previously gained skills and knowledge into their life experiences; not just those from this lifetime but also those carried within their DNA and auras from previous generations.

These people tend to be ambitious and are constantly trying to outdo not only themselves but often they also feel they need to be one step ahead of or better than others. They don’t want to be left behind by others who may in their opinion, appear to be more intelligent. They can often be dominating and controlling of others because they feel they know more and can do things better than they can.

The Isopogon flower essence will allow people to more easily to let go of the head stuff and experience the enjoyment of life more fully. By opening their hearts this essence allows these people to let down their guard and enjoy the companionship of others. They will be able to work side by side with others more amiably, enabling them to feel more on an equal footing with those they had previously been trying to dominate or keep ahead of. In this regard Isopogon flower essence helps bring more tolerance and flexibility into their relationships as well as more clarity into their life experiences.

Isopogon flowers are also known as narrow leaf drumsticks due to the appearance of the woody seed cones which appear on the end of the stems after flowering. These seed cones can remain on the stems for several years. The name Isopogon is derived from the Greek word isos meaning “equal” and pogon meaning “a beard”; or put together meaning “equal-bearded”. The beard refers to the hairs that evenly cover the fruit.

As well as the yellow colour of the flowers relating to the intellect, the Doctrine of Signatures of the woody seed cones’ “equal-bearded” appearance, relates to the Isopogon flower essence which provides a more equally balanced connection between the heart and head energies. I often relate a beard with wisdom as depicted by pictures of the sages of old with their beards and who appear to carry a balance of wisdom within their hearts and minds.