Menu
Contact Us
$25.00 Cart
View cart “Season Transitions Flower Essence” has been added to your cart. 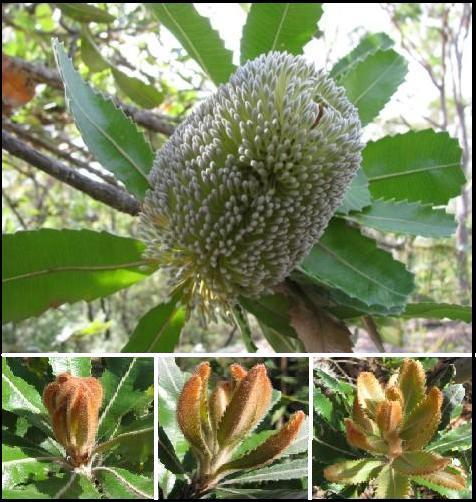 This flower essence was prepared with a Turquoise crystal

The Old Man Banksia flower essence assists with creating a sense of softening and lightening of your load of burdens – invoking a sense of great sighs of relief! Renewed enthusiasm for life will begin to allow new possibilities for change to emerge, and you will feel that you are able to breathe more easily.

Old Man Banksia people tend to feel tired, lethargic and sluggish due to major set-backs in life or illness. They hold pent-up energies tightly within and may feel that they’ve been carrying heavy burdens for quite some time. They may feel as if their feet drag heavily with much effort and their bodies often will have become heavy through slow movement and lack of enthusiasm. People often unconsciously create a protective barrier in the form of extra body weight in an effort to protect themselves from further pain, abuse or trauma. Thyroid activity is often affected by such energies and may have become sluggish.

The energies of the Old Man Banksia tree are magnificent in that its energies are strong and earthy. It carries several phases of growth on its branches at one time from its newly formed bright green young leaves to the large cone-shaped flowers. These flower cones later become rather straggly grey, dry seed cones which remain on its branches for a long time. These dried cones are often referred to as “Banksia Men”, taken from the delightful Australian children’s story books written by May Gibbs. The flower spikes consist of many elongated stems that are attached to a strong centre tipped by grey buds turning to fragrant creamy yellow flowers when open.

The Doctrine of Signatures of these flowers has much to offer in relation to the energies of the essences, as does the gnarled, thick trunk of the tree which also reflects its relationship to the types of people who would most benefit from this essence.

The Doctrine of Signatures of the leathery saw-toothed leaves shows the ability to saw through those layers of protective heaviness carried within and around the body. Yet it is interesting to note the formation of new sets of leaves which begin like the fingers on a hand being tightly held together and pointing upwards, holding the energies within. As these new soft, furry red-brown fronds mature they begin to open until they are fully open like an open hand facing upwards, allowing those tightly held energies to be released. There is then a delicate blend of colour with an open “hand” of green leaves holding the new “hand” of red-brown leaves within its centre; reflecting a freshness of new growth opening up to the world.

I find the flowers are delightful to touch, being soft yet firm and strong, and these are the qualities that are offered through the Old Man Banksia essence to you.

Turquoise: Strengthens & aligns all chakras, meridians & subtle bodies * For protection * Stimulates intuitive communication with emotional issues & creativity – with love * For spiritual attunement & healing * Cleansing of the energy centres & the physical body * For grounding during meditation * Protection on spiritual & astral planes * A healer of the spirit, providing soothing energy to bring peace of mind For balancing masculine/feminine within